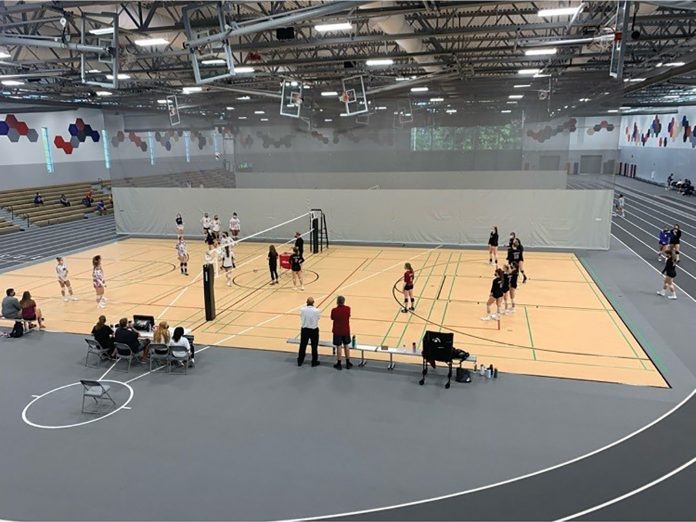 The first major event in the new District 117 field house was completed on Saturday, September 11th. The Elaine Lonergan Varsity Volleyball Tournament welcomed 12 varsity programs from throughout the state of Illinois. Both ACHS and LCHS competed in the tournament, and both earned award plaques for their on-court successes. Not only was it a great day for volleyball, but it was also historic, in the fact that the field house played host to the first of many major events for the students of D117. Fans filled the bleachers in the field house and enjoyed incredible views from the mezzanine overlooking the facility. ACHS and LCHS administration received very positive feedback from students, parents, community supporters and visitors. Winter sports are set to begin in early November. The field house will play host to large scale wrestling tournaments, basketball tournaments, NLCC cheer and dance conference championships and fine arts concerts. The field house is already showcasing the power of its potential for all D117 stakeholders.