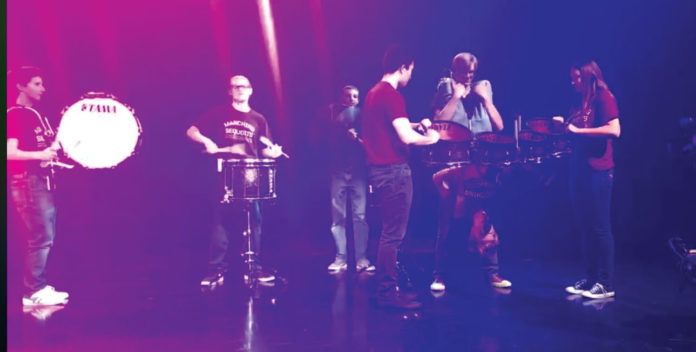 On October 9th the ACHS Sequoit Drumline was featured on the WGN Morning News show. Senior Aaron Paulsen arranged a drumline cadence where his bandmates flipped him upside down while he played at the Friday night football game. Videos of this posted on social media caught the attention of producers at WGN who invited the group to come and perform live on-air and be interviewed by Dean Richards. The drumline got the chance to tour the performance studio and work closely with their sound engineers. The video of the performance has already garnered thousands of views online, and even more on TV.