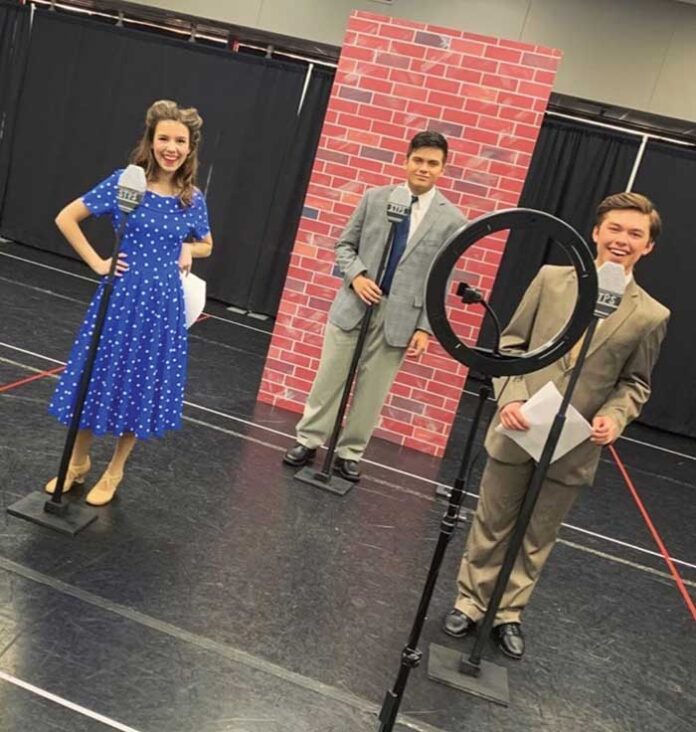 Elijah Ruano was involved with S.T.E.P.S. virtual production of “1940’s Radio Memories” which consisted of numerous skits and songs that were from the 1940s and were written or edited by Phil Fabry and Micheal Klimzak. The production was filmed as a radio show. Elijah played the role of Clark Kent in a Superman skit, was in the shaving commercial, sang in several songs, and was part of a big tap number.