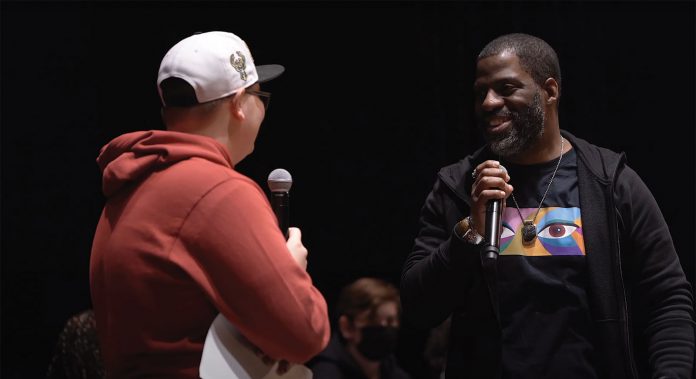 Before spring break, the Lakes English department hosted its annual Writers’ Week. Writers, storytellers, journalists and entertainers presented to English classes in the auditorium about their writing process. On the first day, presenters included Konee Rok, an animator; Dan Morley, video editor for the Chicago Bulls; and Amanda Marrazzo, a court reporter for Shaw Media. English teacher Kate Kiefer said, “It was great to have this event back in person. The energy from the presenters and the students was great.”