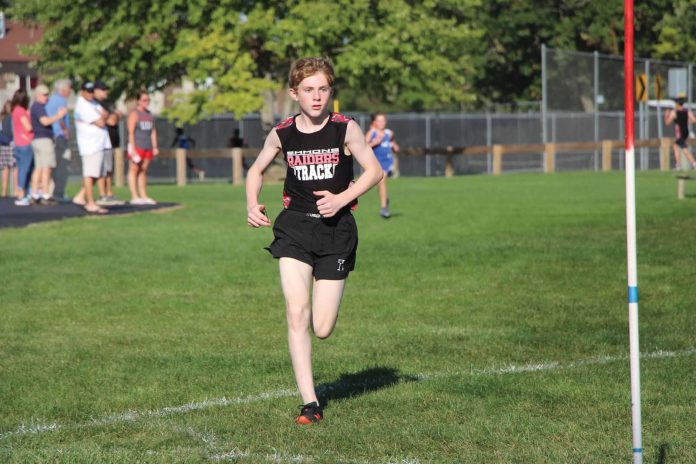 Emmons School District has returned to a full slate of athletic events this school year. The 8th grade volleyball team won the coveted Sportsmanship Award. The sportsmanship trophy is voted on by every coach in the conference. In order to win the sportsmanship trophy, a team has to show respect for their teammates and every team they play. The volleyball players showed everyone what quality athletes they truly are!

Carson Lanners, 8th grader, placed 3rd at sectionals and 2nd at the state cross country meet. He says that he first became interested in running when his mother signed him up for a 5K at age 8. Carson has fond memories of her giving him a piggyback ride for part of the race. He speaks of the necessity for rest, stretching, and core work. He contributes his success to commitment and training year-around.