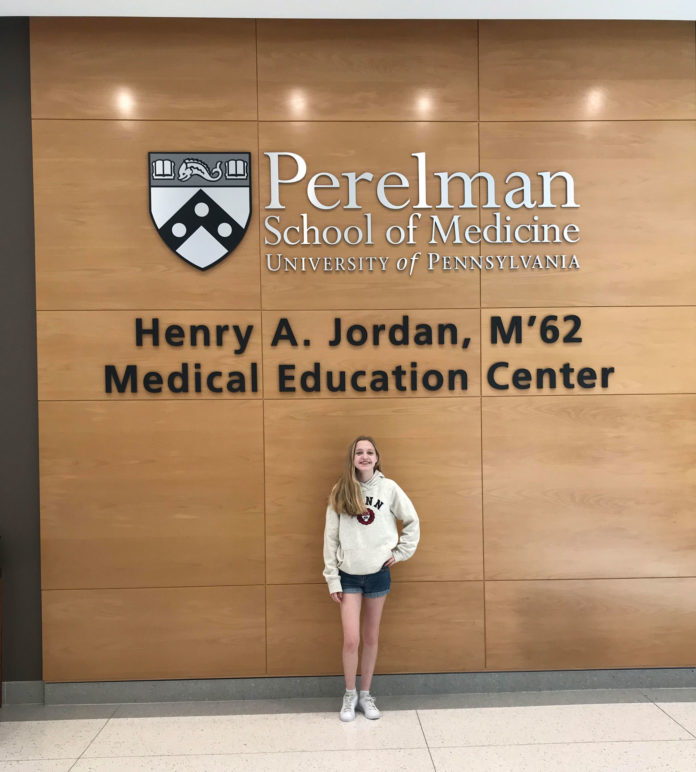 Axel, a senior at LCHS, began taking guitar lessons at the age of five. He has been in multiple jazz bands, was a member of the Midwest Young Artists Conservatory (MYAC), and has been the frontman for three extracurricular rock/alternative bands. Ax and the Hatchetmen, his current band, is an eight-piece group of high-schoolers from the Chicagoland area. The band performs at events such as the International Blues Competition held in Memphis and many music festivals in the Chicagoland area. They have made appearances on Chicago’s WGN Radio and TV programs. As a result of winning the Evanston Rocks Battle of the Bands in winter 2018, the band was awarded recording time at Gremlen Studios in Aurora. Working with producer Chris Leonard, the band released their first original single, “Silhouette”.

Jennifer, a senior at LCHS, attended the PENN Summer Medical Program at the University of Pennsylvania’s Perelman School of Medicine in July. Students took classes at UPenn from 9am to 4pm and went on academic field trips while staying in a freshman dorm for four weeks. The lectures were taught by UPenn professors on a variety of topics ranging from Veterinary Behavioral medicine to minorly invasive surgery. Jennifer reflected on her experience, “We would go to different labs, do different procedures, and do projects together in our small groups. We got to perform different dissections, urine analysis, skin biopsies, and so much more. Despite being very academic heavy, I had an endless amount of fun. I got to live like an actual college student. It became a life changing experience that I will never forget.”

Megan, a junior at LCHS, had a goal: to win a state tennis championship. On October 26, 2019 Megan became the 2019 IHSA Class 1A tennis singles state champion. Megan practices year round at her tennis club at least 3 times a week and on weekends travels all over the country to play in United States Tennis Association (USTA) tournaments. During the 2019 Lakes tennis season Megan was flawless, winning 18 of 18 matches in dominating performances. Going into the sectional she only lost 7 games of the 223 played. The coaches voted her the #1 seed.  In the sectional tournament, she did not falter. While playing what would eventually be three other seeded players at state, Megan ran through the competition only losing 2 games out of 50.  At the state tournament, in what has to be one of the most dominating performances in state history, Megan won all six matches winning 72 of 77 games.  According to Mr. Kurt Rowells, LCHS Athletic Director, Megan played with sportsmanship and class in all 28 matches. Whether playing in a dual meet at home or in the state finals, Megan was sincere, honest, and friendly to all she faced.