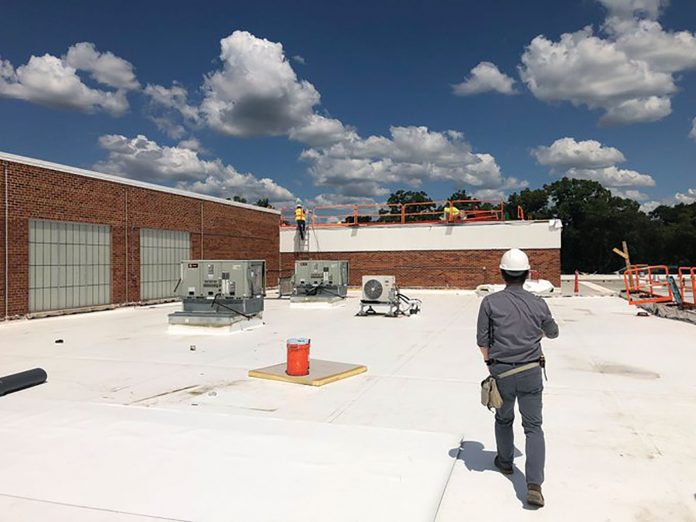 With the new bond funding of $24.6M, District 41 began the first phase of the facility improvement and renovation projects in Palombi Middle School, Hooper Elementary, and Martin Elementary Schools. Taking advantage of no students in the buildings due to COVID, the work started earlier and was completed on time and under budget. Among the $10M of the improvements, the major ones included new roofs, HVAC updates and unit replacements with better air filtration systems, new generator for Palombi Middle School, instructional spaces renovations (new resource rooms and art rooms), and updated student and staff bathrooms.

The second phase of the facility improvements will begin in the Summer of 2022, and the planning is already underway. Improvements are planned at all four schools, including significant kitchen renovations and increased site lighting at both Palombi and Hooper. Hooper School will have parent and bus traffic pattern improvements to reduce congestion and increase student safety. Locker rooms will be renovated at Palombi, and the cafeteria will be slightly expanded. Thompson and Martin will have flooring and concrete replaced along with some classroom renovations. We are excited to continue with these much-needed upgrades, and we sincerely appreciate our taxpayers’ support.