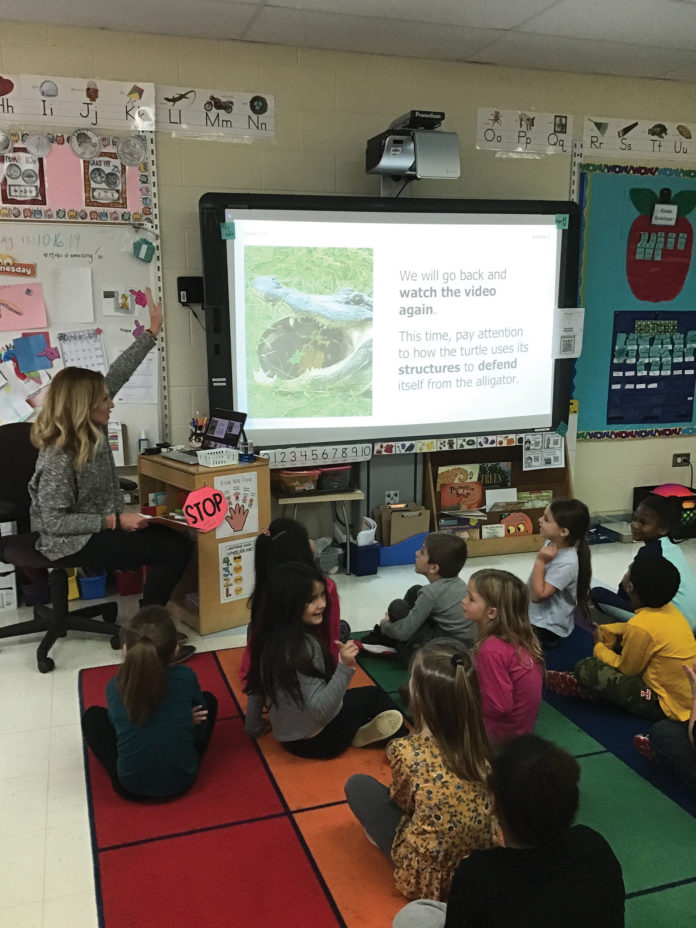 Students in grades K-8 have started their journey with District 34’s new science curricular tool, Amplify Science. Amplify Science is rich with hands-on investigations, cross-curricular connections and interactive technology. Each unit of Amplify Science engages students in a relevant, real-world problem where they investigate scientific phenomena, engage in collaboration and discussion, and develop models or explanations in order to arrive at solutions. The program has students reading, writing, making a claim, providing evidence and thinking like real scientists and engineers through a phenomena-based approach.

Kindergarten students plant radish seeds for a hands-on learning opportunity. They document their growth using observation journals, all while learning about the parts of the plant and how each plays a role in the plant’s growth and ability to live.

First grade classes study how animal and plant defenses can be used to meet basic survival needs. Students work on gathering evidence to help the aquarium director answer questions about Spruce the Sea Turtle, who will be released back to the wild. Using evidence they collect throughout the unit, students create models of sea creature defenses.

Third graders participate in a balancing forces unit. Students investigate how it is possible for a train to float. Students are challenged to figure out how floating a train works in order to explain it to the citizens of a city called Faraday. Students developed models of how the train rises, floats, and then falls back to the track, and then write an explanation of how the train works.

Fifth graders play the role of astronomers. Students help a team of archaeologists figure out what the missing piece of a recently discovered artifact might have depicted. They soon learn that the ancient artifact depicts what was seen in the sky at different times-the sun during the daytime and different stars during the night time.